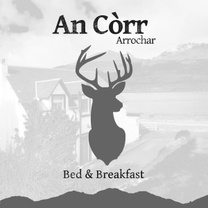 Set at the head of Loch Long, within the Loch Lomond and Trossachs National Park. Arrochar is surrounded by The Arrochar Alps mountain range and is an area of outstanding natural beauty, a fine example of some of the best scenery in Scotland. It provides a great base to explore Loch Lomond and the Southern Highlands.

Arrochar dates back to the 1200’s. The name Arrochar derives from the Scottish Gaelic word “arachor”, an ancient Scottish measurement of land equal to 104 acres; defined as the area of land eight oxen (plural of Ox) could plough in a year. Arrochar is recorded as being called “Arathor” in 1248 and “Arachor” in 1350.

Arrochar can be considered a twin of the nearby village of Tarbet which sits on the banks of Loch Lomond. The two villages are linked by a valley which was used for centuries to drag boats from the sea of Loch Long to Loch Lomond. In 1263 Viking raiders sailed up Loch long before dragging their longships through Arrochar to Loch Lomond and attacking the settlements along the banks.

Arrochar is the clan seat of the MacFarlanes, famous as cattle thieves but also as heroic defenders of their royal family. Eventually their lands were sold to the Colquhouns. The clan home known as Invereach was renamed Arrochar House and now stands as The Claymore Hotel. This was the first building to be constructed in the Village.

In the early 1800’s Arrochar became a popular tourist destination when the paddle steamers arrived on the Clyde. Day trippers from Glasgow would make the journey along Loch Long and then transfer to Tarbet where they would take a cruise around Loch Lomond. Among the steamers,  the world famous “Waverley”(pictured) which still takes trips along Loch Long when she is serviceable, though unfortunately no longer docks as the pier here is no more.

In more recent history Arrochar was home to a Torpedo testing station which can be seen from your room across the Loch and to the left. It was active between 1912 until 1986. It was most active during World War 2. In 1944 over 1200 torpedos were tested, the peak being 62 in one day. There’s still a strong military presence in the surrounding area. Neighbouring Gare Loch is home to the nuclear ‘Trident’ submarine base at Faslane. It’s not unusual to see a military boat sailing down the Loch or hear the occasional fighter jet pass overhead.

There are many paths and trails around Arrochar and the surrounding mountains. You can choose to take it easier and stay close to ground level, or conquer the Cobbler or even a munro. Please visit the Arrochar and Tarbet Paths  website for more  information. This provides a handy map as well as explaining the effort levels required  for each walk.

Mansefield Studios is a contemporary craft gallery showcasing the work of independent designers and makers from Scotland: Harris Tweed homeware, lambswool accessories, textiles, ceramics, jewellery, prints and other traditional crafts. You may also shop online  ahead of your stay and have your purchase  waiting here upon your arrival.

A great way to explore the waters of Loch Long and experience stunning views as you go. This 90 minute session includes full instruction and safety gear.

To book a slot ahead of your stay with us click  on the link below.

Available Thursdays and Sundays. Price is £30.

Located on the other side of the Loch, Ardgartan is just 5 mins drive or a 40 minute walk. Taking place at the Forest Holiday retreat, if you’d like to try this noble and ancient pass time visit the  below link to book.

Available Thursdays and Sundays. Price is £30 for one hour.

Our friends at Campbell Bike workshop located at Mansfield Studios, now offer a bike hire service from Arrochar on Loch Long and in conjunction with Cruise Loch Lomond in Tarbet on Loch Lomond.

There are great fishing opportunities in Loch Long and nearby Loch Lomond. Loch Long has many species of sea fish and possible catches include cod, whiting, plaice, mackerel, skate, wraps, pollack and spurdog to name a few. It Is free to fish but it is illegal to land any migratory fish such as salmon and sea trout and these must be returned to the waters immediately. Fishing from the pontoon requires a permit which can be purchased from Braeside Stores. Here you can also purchase fishing tackle and the permits required to fish in the fresh waters of Loch Lomond. We have fishing rods and mackerel spinners available to borrow if you require.

Serving real home made pub grub with stunning views across Loch Long. Featuring an outdoor terrace perfect for sunny days. Try one of the chefs home made curries and delicious pakora.